“Lyrics Not Showing”.- Problem fixed, how to check the new update by Spotify on your various Devices 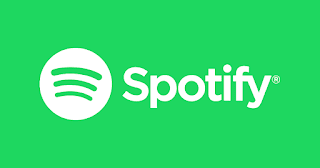 Most users of Spotify have complained over the years, of the unavailability of lyrics on their various music’s downloaded, either premium or not. The lyrics not showing issues has now been fixed and the new update by Spotify seems to be the most exciting one yet.

Spotify bringing lyrics to its app comes as a result of its sole partnership with the also music streaming app Musixmatch to bring lyrics to majority of it music library.

It the new update also comes with a real time feature bringing about a karaoke like module on the app for you to sing along with the lyrics being displayed.

A new option has also been added to allow users to share lyrics to their family and friends using a third party like feature.

HOW TO SEE LYRICS ON SPOTIFY NEW UPDATE FOR LYRICS NOT SHOWING ON SPOTIFY.

As with the new update release you can now see lyrics on Android, IOS, Desktop, Pc, Tv, and several game consoles like the Ps5, Ps4, Xbox one X and the Xbox one S. The feature allows for both free and premium users to access it without any additional charges.

WHERE TO FIND THE LYRICS FEATURE ON SPOTIFY.

HOW TO SEE SPOTIFY LYRICS ON MOBILE.

HOW TO SEE SPOTIFY LYRICS ON DESKTOP.

HOW TO SEE SPOTIFY LYRICS ON TV.