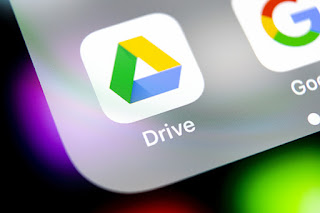 Crypto miners are using hacked or compromised cloud accounts to perform their transactions, google has warned. Various details have been explained on how the crypto miners carried out their various hacks on the Cloud platforms.
The updates where released by google cybersecurity action team, who spots various hacking attempts on their various platforms.
The hackers used Google cloud platform – The remote storage system, where Google stores data and files of its customers.
The threat identified by the Google cybersecurity team includes:
The report stated that 86% of compromised cloud instances where used to perform cryptocurrency mining – is the process by which underpin blockchain currencies are regulated and verified in the process that requires significant amount of computing power.
ALSO READ:
GTA TRILOGY REVIEW: New Updates and Fixes Released by Rockstar.Telegram New Update 2021: All you need to know.“Lyrics Not Showing”.- Problem fixed, how to check the new update by Spotify on your various Devices
Adding to what  Google said,  immediately the account where compromised they were instantly used for mining activities about 20 seconds after access. Google said that in three-quarters of the cloud hacks the attackers had taken advantage of poor customer security or vulnerable third-party software.
Google recommends to it cloud customers to improve their security by adding two factor verification towards all their accounts across all platforms.
In the other report, Google has also warned users concerning ransomware attacks, where files on the computer are put under encryption until the attacker receives some form of payment to retrieve the files,
Google has also warned against ransomware group called Black matter, stating that the group has announce to shut down all attempt to get users to pay, but the report has not been confirmed yet, said google until this confirmed, black matter still poses significant risk.